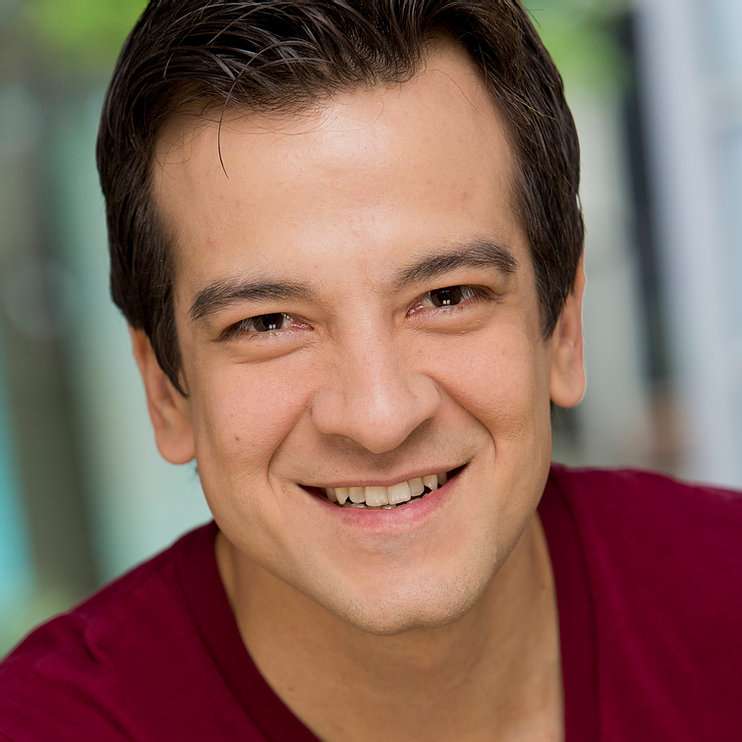 His principal dance repertoire includes Balanchine’s Apollo and Serenade, Romeo and Juliet, Giselle, Swan Lake, Nutcracker, Esplanade, Carmen. In theatre, The Man of the Suitcase, The Tosca Project and No Exit, as well as appearances in films like Love Hurts, Blue Jasmine and HBO’s Perry Mason. In opera, in addition to the principal roles in Marta Domingo’s La Traviata, Cavalleria Rusticana/Pagliacci and  Zambello’s Aida at San Francisco Opera, he has performed in Barber of Seville, Cyrano de Bergerac, Turandot, Nixon in China, Madame Butterfly, Moby Dick, Show Boat, Sweeney Todd, among others. At the Los Angeles Opera in Simon Boccanegra, Barber of Seville and Carmen. ​

Along with extensive national and international touring and guesting, Jekyns has appeared in international dance festivals in Thailand, Cuba and Colombia, as well as in the International Ballet Competition in Jackson, Mississippi.  He graduated with honors both with a B.A in Performing Arts from the LEAP Program at St. Mary’s College as well as with a Master of Fine Arts Degree in Performance in Film, Theatre and Television from California State University. He is also a proud member of the SAG-AFTRA and AGMA performers’ unions.

In addition to receiving the Colombian State Department Honor in Excellence, other careers highlights include being a recipient of the Sono Osato award scholarship from The Actor’s Fund, a Hollywood Foreign Press Association Fellowship, a Dance Pedagogy Certificate from The National Ballet of Cuba, and a featured article in Pointe Magazine. ​

Lastly, Jekyns enjoys being invited to teach at several dance schools nationwide, and has been faculty California State University,  Orange Coast Community College and California School of the Arts. 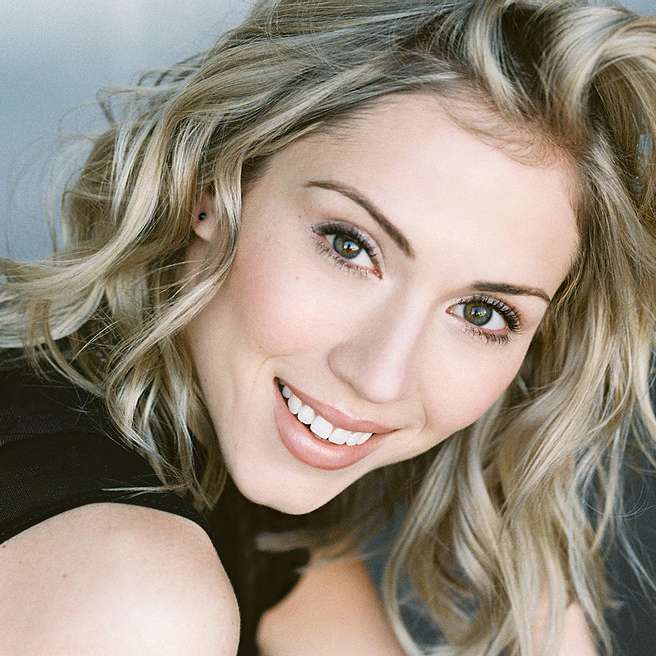 Laura has been a professional in the ballet industry for over 15 years. A California native, she began her training in Santa Barbara at GVSB. When her family moved to the Inland Empire Laura began studying at Inland Pacific Ballet. Along with the faculty at IPB, she was privileged to work with well-known choreographers and teachers such as, Stanley Holden, Janek Schergan, Glenn Edgerton, Lawrence Blake, Arturo Fernandez, Charlotte Richards, and Maria Vegh. Laura spent her summers at intensive training programs under a scholarship program at San Francisco Conservatory of Dance. She performed classic contemporary works by Jiri Kylian as well as world premieres created by Robert Moses. She studied the summer of 2006 at Maple Conservatory with former ABT soloist Charles Maple, at the helm.

Beginning at a young age, Laura performed such works as Serenade, Theme and Variations, Stars and Stripes, The Nutcracker, Coppelia, Giselle, Swan Lake, as well as many new works designed and created specifically for Inland Pacific Ballet. These included, The Little Mermaid, Cinderella and Dracula.

After 5 years spent with Inland Pacific Ballet, Laura decided to embark on the next chapter of her career as a freelance artist. Much of her dancing has been on stage in live works such as Loving the Silent Tears, The Glory of Christmas, The Glory of Easter, Sleeping Beauty, Raymonda, Phantom, Pizzicati, Dance in the USA, Appalachian Spring, Romeo and Juliet to name a few. She has been featured in music videos with artists such as Taylor Swift’s Shake it Off, Daft Punk’s Lose Yourself to Dance and the hit TV series Lucifer. In 2014 Laura joined the San Francisco Opera as a corps member of the opera’s resident dance company.

For 4 years she worked with great choreographers such as Lynne Page in Les Troyens, Colm Seary in Des Meistersinger and again as a principal in Andrea Chenier. She was honored to be chosen to be part of the world premiere of Girls of the Golden West, directed by Peter Sellars and composed by John Adams. In the Fall of 2018 Laura joined the LA Opera in their production of Hansel and Gretel, performing alongside Grammy award winner Susan Graham.

In addition to her extensive stage time and dance career, Laura began to teach at the age of 19, finding a new passion in the coaching and mentoring of young dancers. In 2014 she met former Maggie Black trained dancer Mario Nugara. At this point in her career, she felt the need of a new perspective to help her retain strength for a long career with fewer injuries. It was also her desire to grow as a teacher and mentor. Along with this technique and teaching method Laura developed her own successful syllabus for her students and SoCal Arts.

Many of her current students have been accepted and offered scholarships to some of the most acclaimed schools in the country such as, The Rock School of Dance, American Ballet Theater and the School of American Ballet. For the past 5 years, Laura has coached her students to participate in Youth American Grand Prix. Laura has had multiple students awarded top 12 and 24 in the Southern California Senior divisions and invited to perform at the Spotlight Awards at the Music Center in DTLA.

As a young dance student, Laura took Pilates classes on a regular basis, and it became an integral part of the strength training necessary for a career in dance. In the Fall of 2019 Laura was awarded the Career Transitions for Dancers grant, upon being awarded the grant she was trained in the full Pilates Mat program from some of the most accomplished Basi faculty in the US. She is eager to incorporate this incredible cross training into her pre professional program, and to bring Pilates mat to the Monrovia Community.

Along with her husband, Laura is delighted to bring her talents to Monrovia and share her love of dance, art, and the mentorship of aspiring young students.

With decades of experience in the performing arts, not only as performers but also as teachers, founders Jekyns and Laura are excited to bring their passion for dance to the Los Angeles metropolitan area.
​
With  our well-rounded staff, students and the community have the opportunity to experience classical ballet technique, acting, contemporary dance, pilates mat and private coaching.
​
Join us at SoCal Arts, where you will be able to take advantage of the program at the stunning, fully-equipped, and recently renovated studio with injury-reducing floor. Whether you’re a beginner or an experienced student, SCA will help you thrive as a future professional performer.

With decades of experience in the performing arts, not only as performers but also as teachers, founders Jekyns and Laura are excited to bring their passion for dance to the Los Angeles metropolitan area.
​
With  our well-rounded staff, students and the community have the opportunity to experience classical ballet technique, acting, contemporary dance, pilates mat and private coaching.
​
Join us at SoCal Arts, where you will be able to take advantage of the program at the stunning, fully-equipped, and recently renovated studio with injury-reducing floor. Whether you’re a beginner or an experienced student, SCA will help you thrive as a future professional performer. 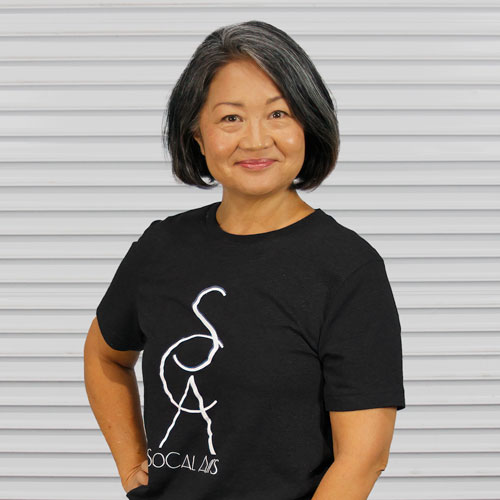 Tracey has spent a lifetime enjoying and benefiting from the arts. With backgrounds in classical music and dance. Tracey is excited to work in an environment supporting the next generation of dancers.

Ms. Rosie grew up in Chino, CA. She started dancing at the age of eleven years old at The Talent Factory dance studio in Chino, CA. She continued dancing for her high school Don Lugo High, while still training at The Talent Factory. After high school she continued her dance career at Fullerton College where she obtained her AA in Dance. She was also apart of the Dance Production Team for Fullerton College, where she performed many times. Ms. Rosie then took a break from dance for a year to have her son. She came back into the dance world and enrolled in the Dance Program at Mt. San Antonio College to obtain her Dance Teaching Certificate. She has taught at many studios in the Inland Empire and Orange County. Ms. Rosie is trained in a variety of dance styes such as; Jazz, Lyrical, Contemporary, Modern, Hip Hop, Ballet and Acro. She loves being apart of the dance world and helping kids grow and fall in love with dance. 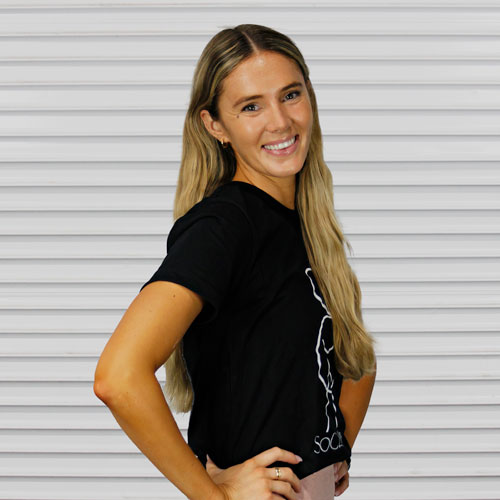 Meagan began teaching ballet at the age of sixteen at her home studio in Parker, Colorado. Since then she has taught at The Studio in Fort Collins, CO and Media Dance Center in Burbank, CA.She is passionate about sharing her love for ballet through teaching. 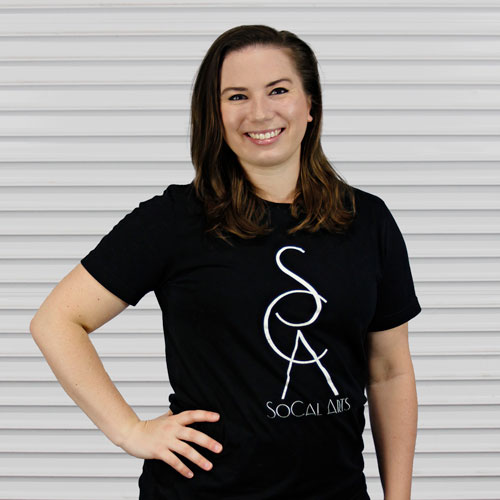 HannahLeah began her serious dance training at Inland Pacific Ballet with Victoria Koenig at age eleven. Throughout her years at Inland Pacific Ballet, she performed with the company in numerous productions including The Nutcracker, Cinderella, The Little Mermaid, and Dracula. Upon graduation from high school, HannahLeah attended BalletMet Columbus’s Pre-Professional Program. She then joined the Fort Wayne Ballet in Indiana. During her time with the company, she performed featured roles in The Nutcracker, Carmina Burana, Cinderella, The Sleeping Beauty, Romeo and Juliet, Don Quixote, Jose Limon’s Mazurkas, and Gerald Arpino’s Birthday Variations and Confetti. HannahLeah is honored to join Inland Pacific Ballet this season. 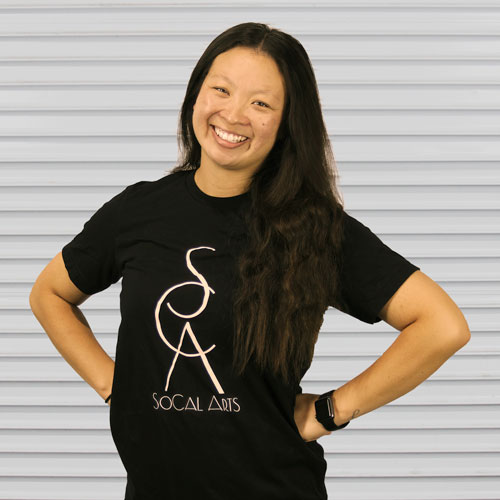 Francesca Lee is a Southern California based dancer, educator, coach, and athlete. As an honored University of California, Irvine Dance M.F.A alum, Francesca enjoys her career as a sought out professional in the arts. She is a member of Mike Esperanza’s Bare Dance Company and has performed with other Southern California companies and choreographers such as Fuse Dance Company, Leann Alduenda, and Christine Baltes. Francesca is Pilates certified with Dance Specialization from Body Arts and Science International under the direction of Karen Clippinger, and has been teaching at Core Reform Pilates in Newport Beach since 2011. She is also certified in Progressing Ballet Technique where she enjoys discovering how to improve dance technique through proper strength training. Francesca has taught many masterclasses and choreographed in various disciplines of dance around Southern California, and has been on faculty at Jimmie Defore Dance Center and Maple Conservatory. Her teaching has taken her to Alaska as well as to the American College Dance Association Conference (ACDA). Her choreography has been selected for multiple dance festivals such as the Orange County Dance Festival, Jimmie Defore’s Pulse, Fuse Dance Company’s Synthesis, and ACDA. Her choreographic works also have been showcased in Italy. Currently, Francesca is the Head Coach for Diamond Bar High School’s Dance Company, Adjunct Professor at Mt. San Antonio College and Cypress College. 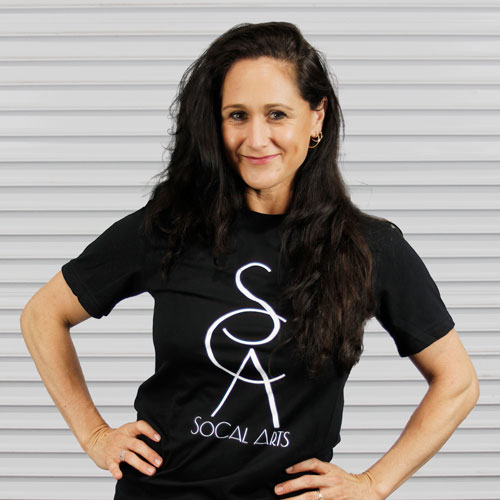 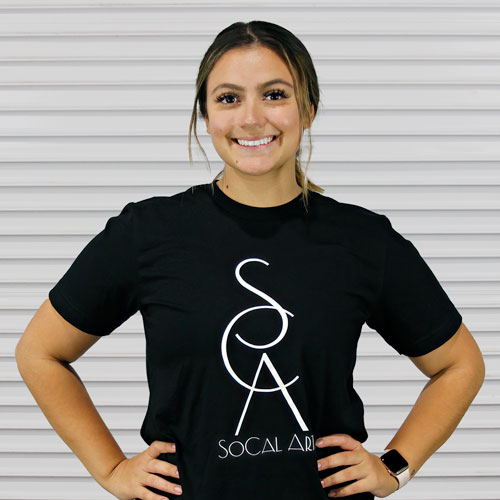 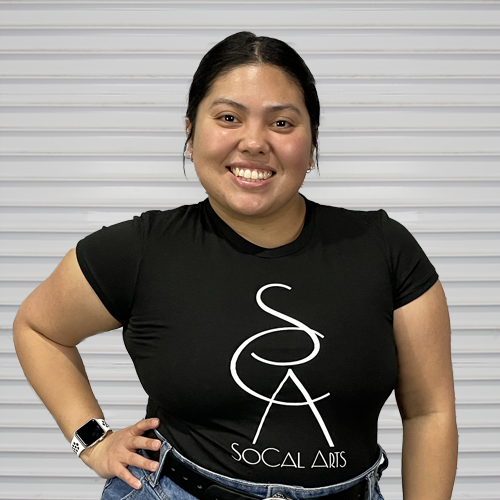 Raven began dancing at the age of five in the small city of La Puente. She grew up with influencers such as Janet Jackson, Paula Abdul, Madonna, and many more. Fierro’s devotion to dance began with her family; they would encourage her with various genres of music as well as dance styles from different eras. Raven’s life as an artist has given her the chance to travel and experience multiple performing art platforms. She has performed in many musicals, for example, Mary Poppins, Godspell, and Urine Town. Fierro has gone on tour in Hawaii with the Citrus College Night Shift, where she performed seven days a week as a dancer and vocalist. She also choreographed and directed the Citrus College Kids Sing-Along. Raven graduated in the Spring of 2019 from Cal State Channel Islands University with her B.A. in Performing Arts with a Dance Emphasis. As of now, she has continued to encompass her goal in dancing, singing, and managing. Fierro has taught dance at various studios and cities. Her passion for singing is still vibrant with the Top 40’s cover band Sweet Harmony. Raven is excited for the challenges and adventures that are to come in her future artistic expedition.